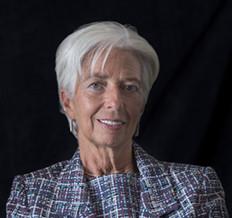 AS PREPARED FOR DELIVERY

I would like to thank the government of Djibouti for inviting me to this high-level dialogue on the importance of trade and technology.

These forces are critical for all countries. But they are especially important for small states such as Djibouti, where they can play a major role in economic transformation.

Trade and technology are at the heart of Djibouti’s development strategy known as Vision Djibouti 2035.[1]

When this strategy was launched—back in 2014—President Guelleh quoted Emile Zola, who said: “Knowing where to go is very good; showing the way is even better.”[2]

Djibouti can show the way by transforming itself into a regional hub for trade and logistics, and by drawing on the experiences of other port-based economies.

The goal is to become a prosperous middle-income country, where the benefits of growth are shared by all citizens.

That is why Djibouti has been investing heavily in public sector projects, including several new ports and the new railroad to Ethiopia. These investments have the potential to boost trade and drive fundamental economic changes.